Disc golf and the associated disc golf rules originated in America in the 1970s and have evolved ever since. Today, there are about 500,000 enthusiastic disc golfers around the world who are regularly out and about playing their favourite sport on official courses or in the open air. Disc golf is very similar to the usual variant with a club and ball, although special discs are used instead of balls. Even official prize money tournaments of up to 100,000 US $ are not uncommon in the USA. In Germany, of course, the framework is much smaller – but that doesn’t have to minimise your enjoyment of the game. In any case, here is some basic information!

Where can I play disc golf?

In principle, you can play disc golf wherever you want. However, you need a mobile disc golf basket. In addition, there are also permanently installed Disc Golf facilities, the so-called courses. Their length varies between 164 and 820 feet. They also contain various obstacles so that you are guaranteed not to get bored while playing.

What do I need to play Disc Golf?

Disc Golf discs can be divided into 3, depending on the type design 4 main groups.

Putter (also called Putt or Approach Disc)*: They have the greatest similarity to a conventional Frisbee disc. As their name suggests, they are best suited for approach shots to the basket or for direct putting. In combination with their extremely high and rounded edge, they have a very stable flight behaviour and should therefore not be missing from any disc golf set.

Midrange Disc*: In contrast to the putter, the midrange disc is only slightly rounded and is therefore more suitable for approaching the basket than for direct putting. On the other hand, distances of 130 to 195 feet can be achieved with a stable position in the air and a fairly straight flight curve. This circumstance ensures that these disc golf discs are particularly helpful for beginners. But professionals also appreciate them as helpful all-rounders.

Driver*: In contrast to the midrange discs, the edge of the driver discs is more pointed. This minimises air resistance, which enables flight over longer distances. 195 to 260 feet or even more feet are no problem. Good to know: In the area of drivers, a distinction can be made between the fairway driver* and the distance driver*. While the former is a little easier to control, but does not reach quite as far, the Distance Driver with its wedge-shaped optics is made to crunch the mark of 330 feet in the right, more experienced hands. 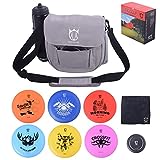 But which discs are best suited for beginners?

In any case, you should have a putter and a midrange disc in your luggage when you go on a disc golf course or a free round. Whether you dare to go straight for a fairway driver depends a little on your willingness to learn and your skill. Of course, it is tempting when the discs fly potentially a few feetfurther. Nevertheless, it is important to first develop the right technique and then take the next step in terms of discs. This is also evident in the next aspect.

The format of the Disc Golf discs

Everything clear? Then a few words about the weight and size of the disc golf discs. The discs have a diameter of 8,26 to 9,05 inches and weigh between 4,6 and 7,1 oz.. The majority of players consider discs that weigh 6 oz. or more to be ‘heavy’. Tip for disc golf discs for beginners: It is better to choose slower and somewhat lighter versions, as these fly further. Heavier discs, on the other hand, are not as susceptible to wind and are preferred by better disc golfers due to their greater safety.

Ultimately, however, it is all a question of type and practice. As a consequence, it is not uncommon for the number of discs used in a game to increase from 3 to 15. This is also due to the fact that the flight behaviour of disc golf discs can be very different. What is the reason for this? Here is a short overview.

These terms are used to describe the directional flight behaviour of the disc. While a stable disc* (0) moves straight ahead for a long time, the understable disc* (up to -3) curves to the right at the end. However, this only applies to right-handed backhand throws – for left-handers the effect is exactly the opposite. Accordingly, the overstable disc* (up to +3) will move to the left for right-handers and to the right for left-handers.

But beware: this behaviour is different for different discs, which is also indicated by the graduated marking of -3, -2, -1, 0, +1, +2 and +3. And of course the flight behaviour of a disc also depends on the skills of the thrower. This can be seen, for example, in the fact that the ‘final arc’ appears much later and less curved in professionals than in beginners.

Not only the stable, speed, glide, turn and fade values are important in disc golf. The way you throw the disc also plays a major role in determining whether the disc arrives quickly and efficiently in accordance with the Disc Golf Rules of Play. The angle of inclination can be changed by playing the disc with the outer edge inclined to the ground. This hyze (backhand thrown right-handed) provides a distinct left-hand curve. Or you can play an anhyzer with the disc tilted in the opposite direction, i.e. away from the ground. Then a more or less strong right-hand curve is the consequence.

The speed indicates the speed of the disc. The higher this value, the further the flight – potentially at least. You can use this value to determine how much speed and force you have to generate and bring into the disc via the arm. But as you can probably imagine: You can’t get 280 feet or more from nothing …

This number describes the glide, i.e. the hovering ability of the disc. This value becomes important when the disc slowly starts to descend, because the thrust energy of the release gradually decreases. Again, the greater the glide effect, the further the disc will travel. However, this is also associated with a higher flight altitude, a stronger deceleration and a change in flight direction. Therefore, discs with high glide values are good for heavier models, strong tailwinds and when you want to cover a further distance at a low arm speed.

The Turn value indicates how far the disc drifts to the right at the start of the flight. (Its basic requirement is a backhand throw with the right hand). The higher the number (+1), the less the disc tends to drift. +1 is counted as extremely overstable, -6 as very understable. This turn characteristic affects all drivers (although not to the same extent), as the turn keeps them in the air longer. As a consequence, a higher turn means that the disc not only flies more right-heavy; it also comes to a greater distance at lower speeds. However, this is associated with a high susceptibility to wind and less control at high speeds.

The fade is the counterpart of the turn and expresses how far the disc tilts to the left at the end of the flight. A value of 0 indicates an almost straight flight. A value of 5, on the other hand, indicates a clear tilt to the left. The result is that with a high fade value the disc will not turn as much and will fly more controlled, but most likely not quite as far. That is why a disc with a high fade value is a good choice when there is a lot of headwind, a comparatively low playing risk and for forehand throws with less forward speed but more spin.

There are two different types of Disc Golf baskets. The fixed baskets, which are installed on courses, and the mobile baskets, which you can take with you wherever you go.

These consist of a basket, a base that can be anchored to the ground and a centre pole. The actual basket (in the sense of catching container) has a double chain structure divided into an outer and inner ring. This allows for the skilful catching of the discs. Depending on the manufacturer, the basket sizes may differ slightly. On facilities where tournaments accepted by the World Federation are played, the dimensions are as follows:

The advantage of mobile disc golf baskets is that you can take them with you wherever you go. This makes disc golf possible in places that are suitable and you like – but do not have an official course ready. The important thing is that the basket is not too heavy; good models weigh about 17,63 to 122,05 pounds. The umbrella design, in which the basket can be easily stretched out and folded up again, has also proven to be advantageous. But be sure to take a bag with you to make transporting them easier.

As far as the price is concerned, you can be happy with foldable baskets. They are not prohibitively expensive. A decent model is around 150 to 200 €. I can recommend the MVP Blak Hole Pro* for example. Official and high-quality baskets for games according to tournament disc golf rules cost around 300 €. This is – compared to accessory prices in other sports like golf, tennis and co. – not necessarily the worst. Of course, there is also the option of building foldable baskets yourself. But the effort and the material costs are only in a reasonable relation if you are reasonably skilled. 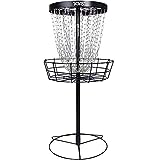 You want to train a bit loosely at first or want to give children a Disc Golf treat? In this case, smaller, portable baskets are a good idea! These mini disc golf baskets*… 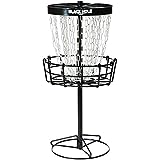 Build your own Disc Golf basket

Of course you can also build your own Disc Golf basket. The construction methods and materials here can be used in many ways and there are many inspirations and step-by-step instructions on YouTube. Here is one of them…

Disc golf bag or backpack for the discs

You don’t necessarily need a disc golf bag* or a corresponding backpack, at least not at first. After all, the three essential discs are relatively easy to transport.

However, you want to go deeper into the matter. And you can already achieve differentiated results with different types of discs and their gradations? Then a disc golf bag / backpack with space for about 15 discs might be a good solution.

As a sport that is also played at tournaments recognised by the World Federation, this Frisbee variant naturally also has corresponding Disc Golf rules. However, it would go beyond the scope of this article to present the entire set of rules, especially since the Disc Golf rules are very similar to those of classic golf with a ball.

Therefore, only the most important elements

Of course, you can use all your skills and knowledge to get closer to this goal. This includes thinking in good time about which disc to use, what the wind conditions are like, what throwing technique is best for the spot in the course and whether you prefer to play it safe or for a quick, low score (risk). So it’s really not boring, is it?

(also known as the backhand) is the most important throw because it can be used at various points in the game (from the opening drive to the final putt). Here’s how it works:

(also called sidearm) is quite demanding, but it is also good for right turns.

Both the Disc Golf rules and the actual game itself are easy to grasp, even for beginners. However, it will probably take you a while to get to grips with all the intricacies of the game and to master the courses really quickly. But don’t let that stop you from trying disc golf – after all, there are several good reasons why you might enjoy it.

In short: Whether young or old, as a hobby or with professional ambitions – disc golf is simply always possible! 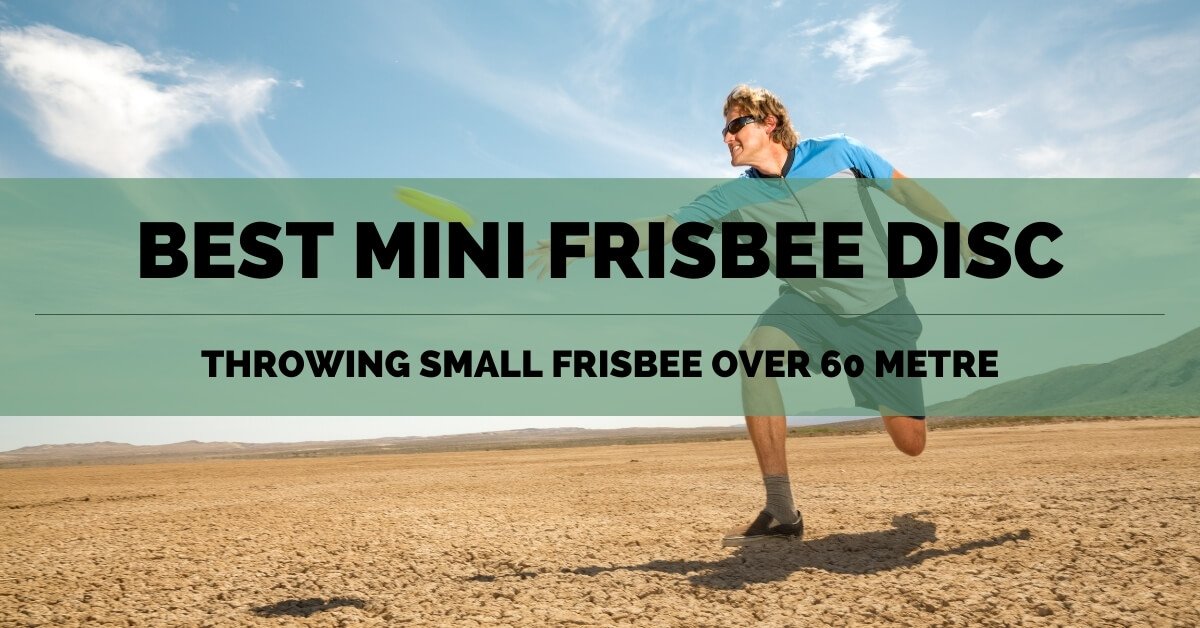 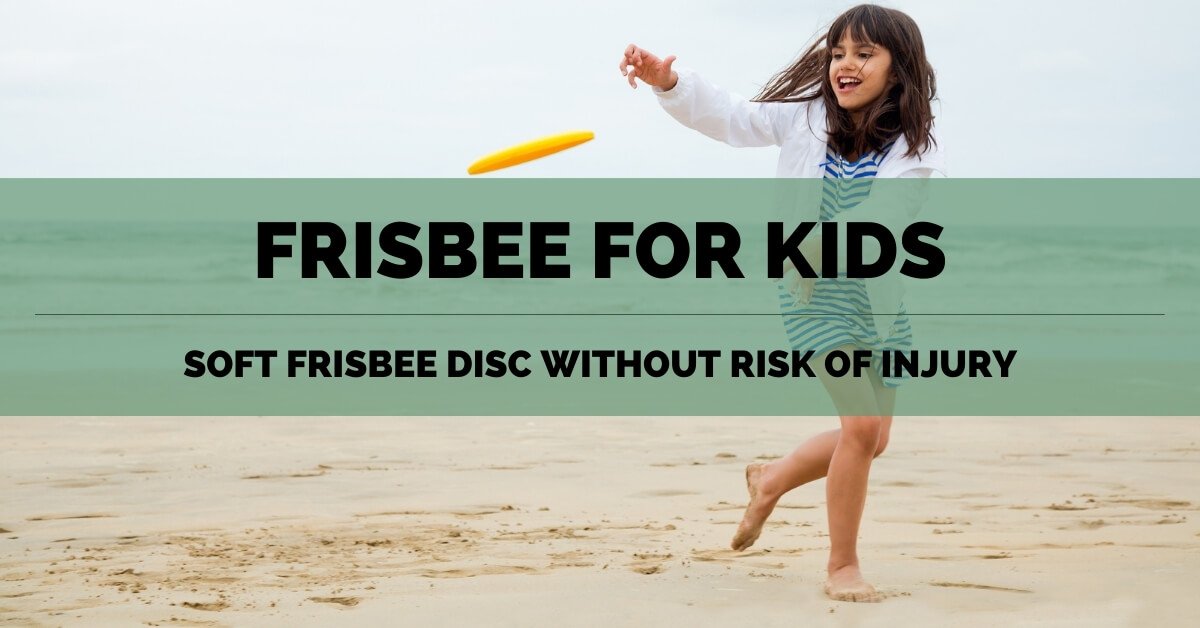 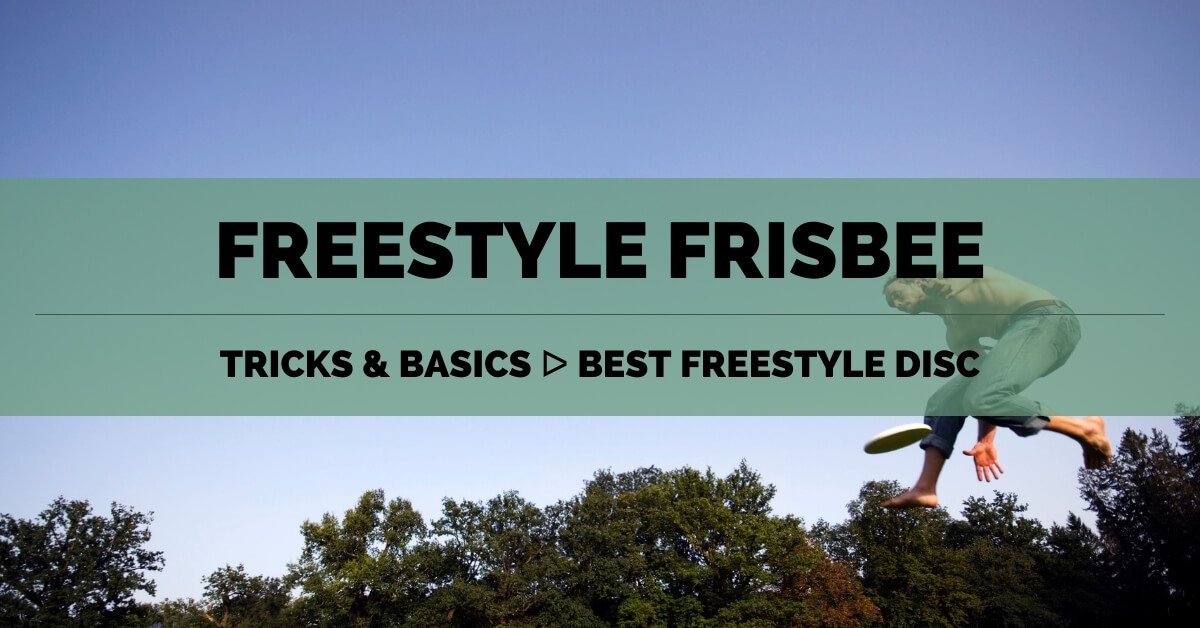